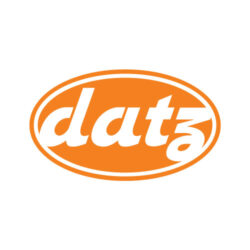 Since the opening of Datz on January 28, 2009, owners Roger and Suzanne Perry have sparked invention and reinvention in Tampa’s food scene. They have evolved Datz into the home of comfort food with flair, in the hopes of making their sons Brandon and Matthew proud. It’s a craft beer oasis, a bourbon lover’s paradise, a foodie wonderland filled with bacon, cheese, and house-made breads.

Datz also offers an eclectic cocktail menu with artisanal liquors found nowhere else in Tampa and boasts a seasonal menu change that reflects a growing community appetite for unique, new entrees. In 2013, Datz became part of a restaurant group with the addition of Dough – a whimsical, from scratch bakery next door. In 2014, Datz Restaurant Group added Roux to the mix, an upscale New Orleans-style kitchen with a South Tampa twist. In 2018, they entered the St. Pete market with Dr. BBQ, in partnership with Ray Lampe. Datz is an award-winning restaurant and has been featured on Good Morning America, Travel Channel, Food Network, Cooking Channel, and FYI.